When Route 66 becomes for a short while 7th Street, for sure, you have reached Joplin, Missouri. The town, once a booming mining community and a busy railroad hub, is famous for being the birthplace of actor Robert Cummings, Afro-american poet Langston Hughes, and the one of the most famous railroad modeller of all times. 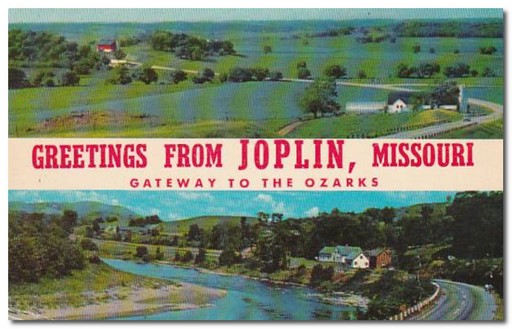 John Whitby Allen was born in Joplin on July 2nd, 1913. Omar Khayam’s Moving Finger decided to make here a round figure: John died in Monterey, California, on January 1973; making of 2013 – 100th anniversary of John’s birth and 40th anniversary of his passing – more than ever the  “John Allen Year”. 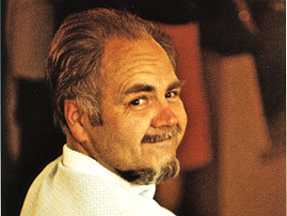 Some aficionados of the Wizard of Monterey gathered on the GandD Yahoo List launched the idea of a worldwide breakfast this morning, July 2nd. Mandatory menu should include at least (in-line with US railroaders practice): coffee, pancakes and jam (interestingly also an acronym for John Allen Memorial). For jam: strawberry is recommended as this fruit can be found in large quantities around Monterey (however, as a result of having mis-configured the GPS of my car and having been circling quite a while in the nearby Salinas plain, I can assure you I have seen more salad fields than strawberry farms, anyway…) I must confess that I am not a big fan of pancakes with strawberry jam. So  I will limit myself today to read a few pages of “The Book”, a.k.a. Model Railroading with John Allen by Linn H. Westcott. I will be working also on a special modelling project connected to the Gore & Daphetid, as an humble tribute to the man who – adapting the famous phrase of François Truffaut about Orson Welles – summed-up 50 past years of model railroading and announced the 50 years that would come. 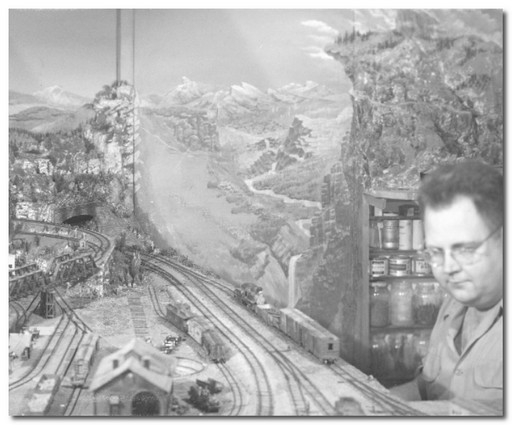 John Allen at the controls of the second G&D in Irving Street, Monterey, circa 1950. In the foreground, the famous engine shed and the HOn3 track of the Devil Gulch and Helengon.
In the background: the Mount Alexander.